Ladies and Gentlemen, welcome. Welcome to this exhibition as expedition, the second station on The Itinerary of Twists. This anthology of artworks in starlight is set within a nocturnal fairground. At once a retrospective and an ensemble of alliances washed ashore. And you are invited to get on board and jam this jam session.

Indeed, the exhibition that surrounds you, borrows its title from the obsolete lunar calendar that ruled ancient Lithuania. Once up on a time, the moon governed all of time and weeks lingered longer. At present, this might appear as a travesty of charts and records, where common knowledge could become common confusion and even common error. And you are encouraged to query the understandings and misunderstandings of all that is taken for granted. So welcome, welcome to the pursuit of simultaneity in probabilities, where you are invited to travel to multiple destinations at once.

This exhibition hiding in plain view, presents the time and space before and after a narrative. Existence as it continues once the story is told. Footsteps in the hallway, doors opening and closing, the sound of a distant engine, accounts of temperature and humidity, echoes, shades, traces, smells and moods.

Dear spectator, isn’t the most poetic and most mesmerising possibility of all, to imagine an entire universe that exists before – and remains after – its own account? It is like the capricious tide that administers an entire cosmos as it comes and goes, expands and retracts. Such dizzying realisation stimulates our unbound ingenuity and flexes our minds. And I ask you, can we not envision the possibly of everything that has happened to happen again, forever to appear and re-appear? Let us celebrate such myths!

The Itinerary of Twists is a series of exhibitions by Gabriel Lester that features some of the artist’s collaborations, open-ended projects and results of invitations he had extended to other artists throughout his career. The first exhibition of the The Itinerary of Twists, Unresolved, opened at De Appel arts centre in Amsterdam in June 2016.

Gabriel Lester (born in Amsterdam in 1972) is an inventor, filmmaker, musician and visual artist. His artworks originate from a desire to tell stories and construct environments that support these stories or propose their own narrative and cognitive interpretation. These artworks seldom convey any explicit message or singular idea, but rather propose ways to relate to the world, how it is represented and what mechanisms and components constitute our perception and understanding of it.

Gabriel Lester has exhibited in Lithuania on a number of occasions since 2003 and is best known for his energetic spoken word performances, spatial installations, films and architectural interventions. Since 2001 he has collaborated with Raimundas Malašauskas on a series of projects, including the scenography of re-used mobile museum walls, for the shared Lithuanian and Cypriot pavilion at the 55th Venice Biennale in Italy.

The exhibition is made possible with the support of:
Mondriaan Fund, The Netherlands
Lithuanian Council for Culture
Ministry of Culture of the Republic of Lithuania
Embassy of the Kingdom of the Netherlands in Vilnius 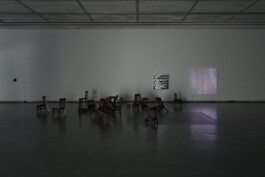 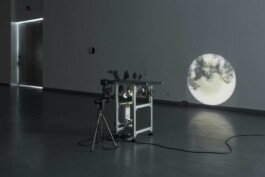 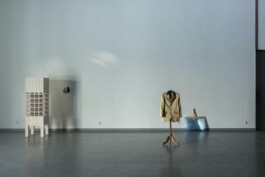 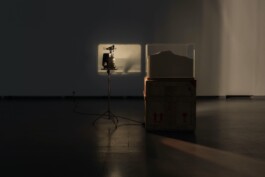 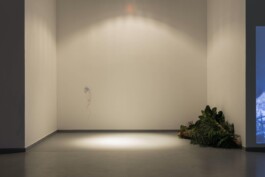 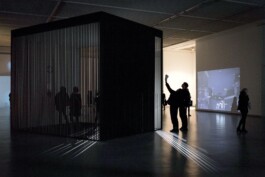 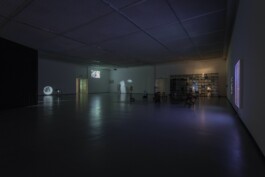 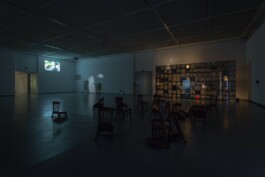 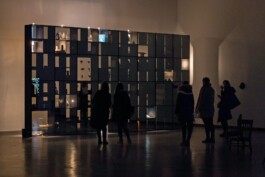