This ongoing series of installations, entitled “The Night of…” takes the form of an interior scene set inside a cube made of wooden slats. Initially creating an illusion that the room is a solid, closed space from the inside and outside, the angle at which the lattice is placed proposes four views onto a scene. It functions as a shutter—in the cinematographic sense—creating a motion picture from still images. The shutter framework directs the gaze and suggests a perspective. Each scene shows a moment frozen in time, a moment when something has happened, is happening now or is about to happen in the near future: a chair up in the air, an office cleaned out, a bedroom abandoned yet inhabited. Together the successive scenes form a narrative.

“The Night of…” refers to a specific line of dialogue common to film noir and crime movies— “Where were you on the night of the 24th”? The dates may vary, but the line is always the same, implying that the answer should explain someone’s whereabouts, an alibi or an explanation for where one was when something decisive happened. 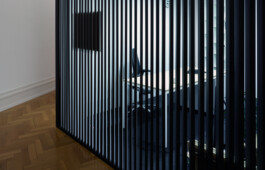 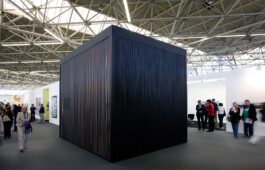 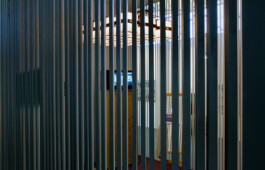 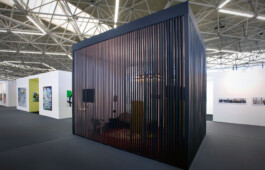 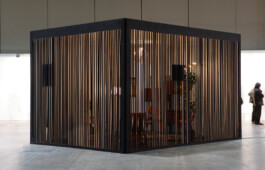 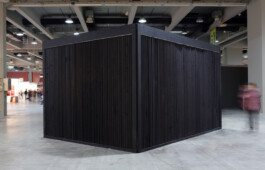