Clock and Clockwork was conceived at a time when the world was about to wage war on Iraq. While most of us can read the time, we have very little idea about the mechanisms of traditional clockworks. Most people seemed to understand what was going on in Iraq at the time, and even had a vague notion of why, but very few understood the actual mechanisms and powers at play. With this in mind, the notion of a hidden world, an obscure and enigmatic apparatus beyond our view and control, started to take shape. The result was an installation that, at first, looked like an ordinary waiting room, a place where one could recognize and imagine having been there or might still visit one day. Hidden under the desk of the gallery holder was a switch. When pressed, the back wall of the waiting room would slowly open and a second part of the installation would become accessible. Behind the suspenseful revolving wall, a large room resembling both a laboratory and a labyrinth appeared. This space exuded a sterile sense of revulsion, and proposed the idea of a puzzling, bizarre mechanism. 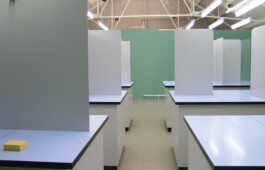 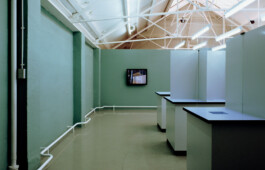 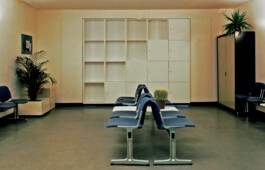 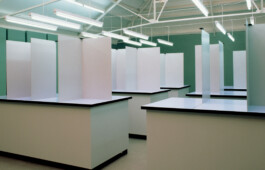 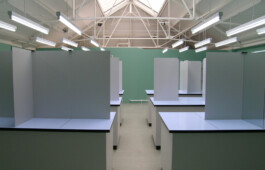 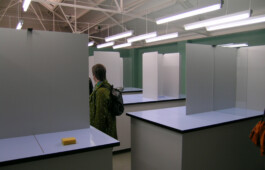 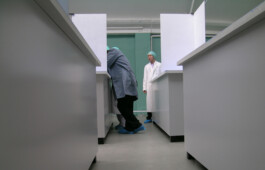 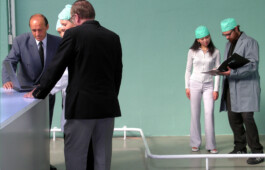 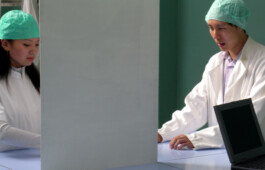