Before the official opening of the Bonniers Konsthall in 2006, these six projections suggested a look inside the arts center. The films, each a take on a scene from Jacques Tati’s Playtime, were recorded off-site in sets matching the identical dimensions of the windows of the new art center. The projected scenes are six interior environments where groups of people observe something that is out of sight, hidden behind a wall. This juxtaposition—created by watching a projected environment inhabited by people who, in turn, appear to be watching something out of view—provokes the sensation of the observer being observed, and consequently a heightened awareness of one’s active and inverted role as spectator—as though watching an image that is quite literally looking back at you. 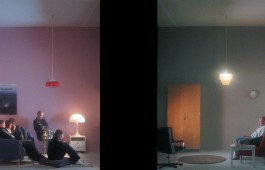 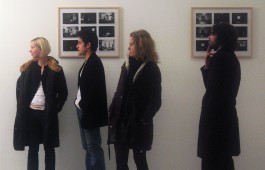 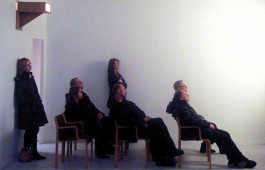 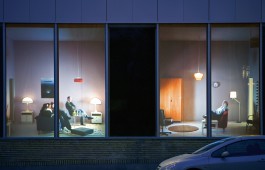 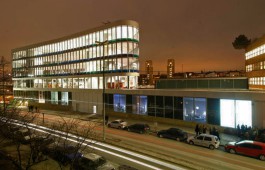