Kites, wind, wire
Performed along the shores of Tophane in Istanbul
Curated by: Filiz Avunduk

A fortuitous connection between the commonness of kite flying in China, where I was living at the time, and the parallel popularity of the activity within Persian and Turkish culture, led to my kite flying performance that I proposed for the occasion of the opening of the Istanbul Biennial, with kites I had produced in Shanghai. In China, kites are most often in the shape of dragons, but once they are high up in the sky, they invariably lose this distinction, appearing only as small dots. So I decided to design kites as dots, that, when flying, formed an ellipsis, a common punctuation mark of three dots at the end of a sentence. Derived from the Greek élleipsis—literally falling short—it can indicate either an intentional omission, or an unfinished thought… 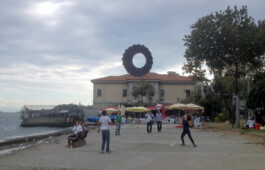 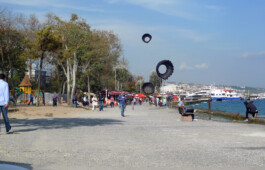 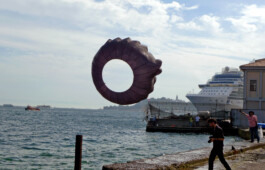 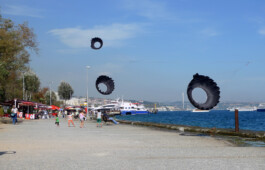 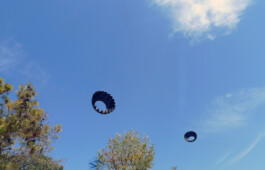