On tour since 2011, twenty-two objects  on wheels form an ever-changing installation consisting of artificial tropical plants and  oddly shaped pedestals. The pedestals are mostly left empty but occasionally display small sculptures and objects, or alternatively, function as actual pedestals. The Chance Encounters are much like the pawns in a chess game or a collection of decorative elements found in a casino or hotel lobby, or an assembly of large-scale architecture models. The installation is never fixed in its form, changing its configuration as the objects move on their wheels, more often by accident than by decision, the subject of an invisible tide. The works exercise a longstanding, dubious Dutch practice; the policy of toleration. Visitors to the exhibition may move the objects, but they are never encouraged to do so. 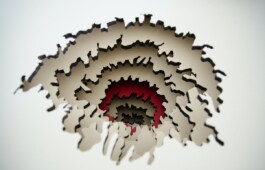 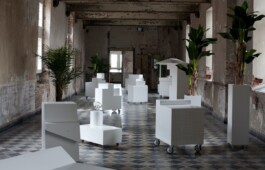 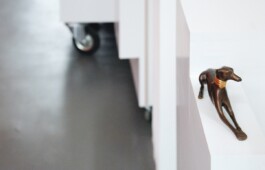