In the main gallery of the Bloomberg space, a succession of stage walls leads the spectator through the construction of a perspectival illusion, culminating at the epicenter of a formalized cosmic explosion of matter. Standing in the core of the blast, the multitude of holes ascending upwards evoke the splendor of a cathedral or the gaze at stars on a clear night. Loosely inspired by early twentieth-century stage designs and a desire to create a moving image, a series of cutouts suggests the soaring movement. The ever-changing incidence of light in the space and the ragged edges of the cutouts further create a sense of continuous motion. 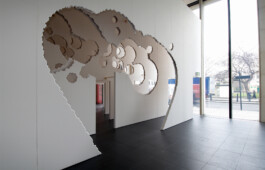 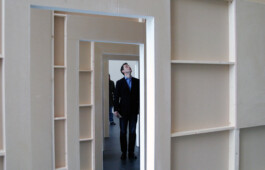 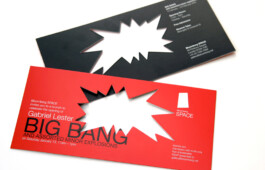 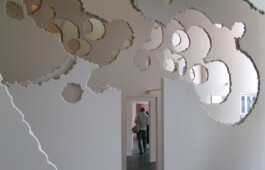 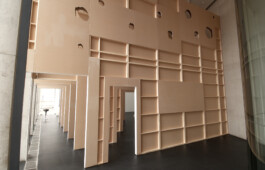 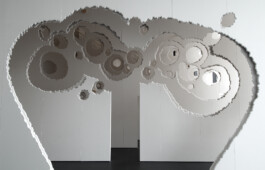 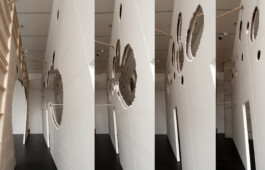 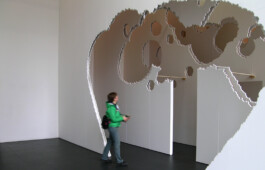 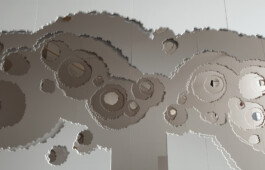 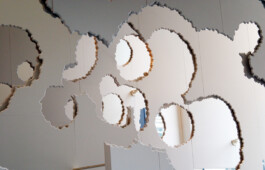 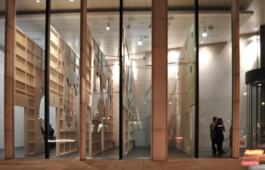