Shortly after exhibiting Habitat Sequence, a first spatial edit, I found a newspaper image showing how a local pub in the Czech Republic had been transformed into a voting locale for upcoming elections. The image showed a bar split into sections by thin walls. It occurred to me that this produced a similar effect as the changing of lights had done in the living room of Habitat Sequence. For the Unlimited #4 at the Appel, I reproduced a community center / local pub and cut it up with walls, as if dividing it into frames and camera angles. Before doing so, the back wall was covered with wallpaper and props, and became a backdrop to a series of photo’s reappearing in other photos and hung on the wall, like a disclosed semi private narrative. Altar is the first installation where architectural elements are used to create something like a montage of space and elements hung or placed in it.

Materials and dimensions: on request according to the specific work 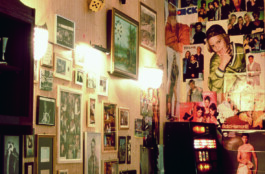 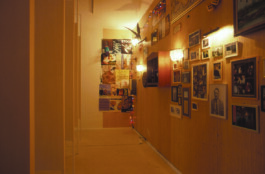 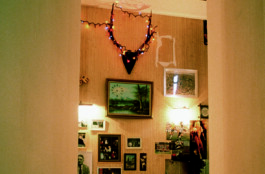